IS THE FORD SHELBY GT500 THE MOST POWERFUL MUSTANG EVER 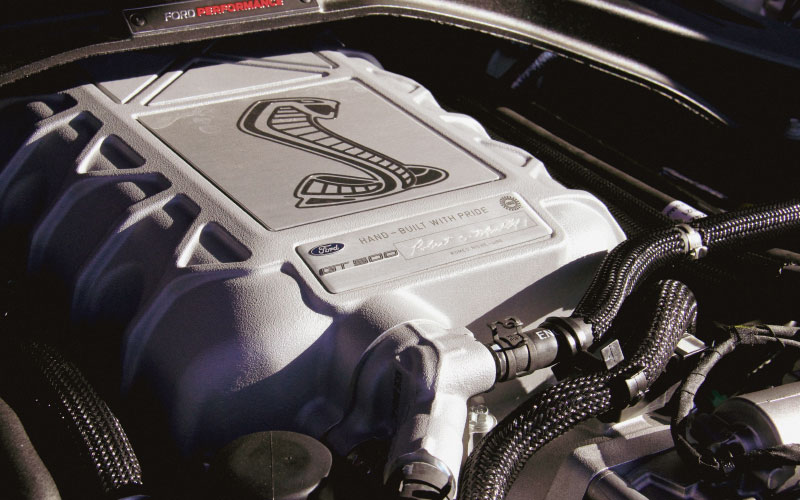 What happens when one of the oldest car manufacturers in the world joins forces with a legendary performance tuner? If your answer is one of the fastest American cars ever, you are correct!. The Shelby GT500 is one of the fastest cars on the planet. It blurs the lines between sports cars and supercars, giving it an edge if you have an affinity for both.

It is a powerful car. Now the question we want to answer today is, is it the most powerful Mustang ever?

THE EXTERIOR OF THE SHELBY GT500

To say that the GT500 is one of the most eyecatching cars on the road is an understatement. It is spectacular! The hood houses aggressive vents that increase the airflow to the engine. The signature LED lights in the front help to distinguish this stallion from the thousands of less powerful Mustangs on the road.

The aggressive rear diffuser aids in generating downforce as well as in giving this Mustang its menacing look. A slew of cosmetic options like vinyl packages and different paint options are available if you want to make the Shelby GT500 your own. In addition, there is the GT500 Carbon Track Package, which comes with several carbon-fiber exterior elements.

WHAT ABOUT THE INTERIOR

Inside, the Shelby GT500 is super-packed with features. Up front, there is a 12” digital instrument cluster. It comes standard with a 9-speaker sound system and delivers a crisp and clear sound that will surely be enjoyable when you hit the streets. Talk about 6-way adjustable seats, illuminated vanity mirrors, a rearview camera, and the intelligent access system. These features make the interior of the Shelby GT500 a significant improvement over its predecessors.

IS IT A SUPERCAR

When Carrol Shelby made the first Shelby Cobra, his goal was to beat all Italian supercars. The GT500 also follows the same ethos. It is the fastest Mustang currently sold by Ford. However, this Mustang cannot be considered a supercar. We say this because it is mass-produced. Unlike the Ford Shelby GT500, a supercar should be rare. This car is more of a hypercar, in our opinion.

PERFORMANCE OF THE GT500

As we mentioned, the GT500 is the most powerful factory Mustang ever made. The Predator engine that lies beneath the hood makes 760 horsepower and 625 lb-ft of torque. A seven-speed dual-clutch gearbox transmits this power to the rear wheels. Unfortunately, Ford does not offer a manual transmission option with this sports car. It would have been awesome if they offered it. Wouldn’t they?

This powerful Mustang breaks the “American cars don’t handle well” stereotype. The adaptive dampers of the GT500 make it the best handling Mustang ever. Here is a fun fact, this pony car can lap most tracks faster than exotic supercars.

At the end of the day, it can be said with confidence that the Shelby GT500 is the most powerful Mustang ever. It marks its place in the history books as one of the best handling American cars ever made. Were you waiting for the perfect Mustang? Well, the Shelby GT500 might just be the one for you!

Check out for more informative articles about supercars in our blogs and guides. 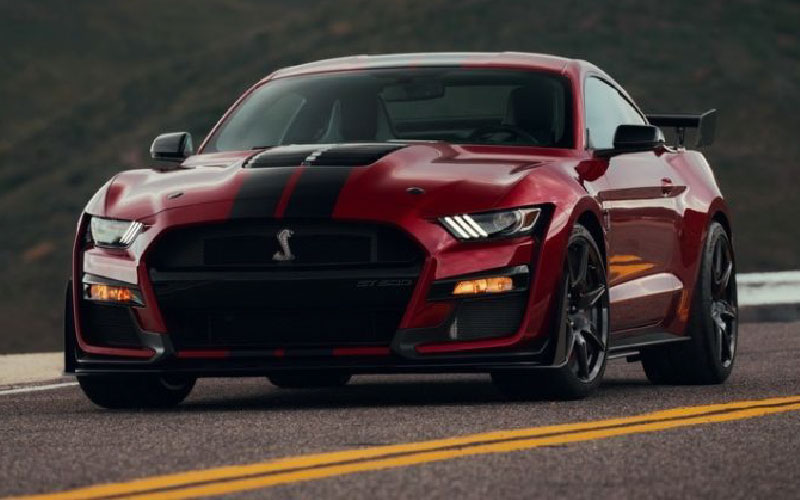