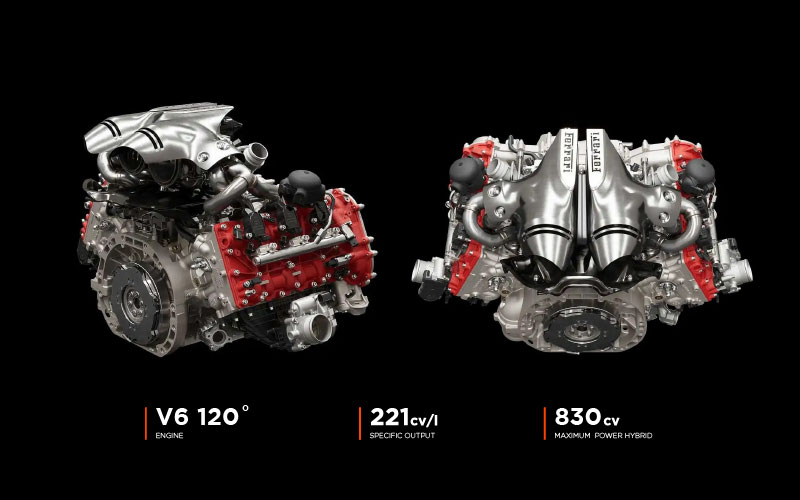 After a 48-year hiatus, a V6 engine has returned to the legendary Ferrari lineup. Called “real Ferrari with six cylinders” by the Maranello-based outfit, the 2022 Ferrari 296 GTB looks to revolutionize the supercar market.

WHAT’S UNDER THE HOOD OF THE FERRARI 296 GTB

Under the hood, or in this case, behind the driver, is a 2.9 liter, six-cylinder engine. See what they did there? 2.9+6ltr =296, pretty clever, with two turbochargers attached to it for good measure. not only that, the 296 is one of two new Ferraris to have an electric motor.

With the two powerplants combined, the 296 GTB puts out a mighty 819 horsepower, making it the most powerful production Ferrari with a V6.

In traditional Ferrari fashion, all that grunt is delivered to the rear wheels. With all that power, you know the 296 GTB will be a monster on a race track. An eight-speed dual-clutch transmission is responsible for providing lightning-quick gear shifts.

Having a 0 to 62 mph time of just 2.8 seconds and a top speed of over 200 mph, the 296 GTB gives its closest rival, the equally hybrid-equipped McLaren Artura, a run for its money.

The 296 GTB, along with the much more expensive SF90 are the first Ferraris to be launched with the company’s new plug-in hybrid system. This technology first appeared in the 2014 Ferrari LaFerrari hypercar which only a handful of people got to experience because of its rarity.

Driving the 296 will probably be the first time most supercar owners will get to experience hybrid technology in a Ferrari.

Ferrari looks to tap into the booming hybrid supercar market with this machine. The V6-engined Italian stallion is a plug-in hybrid, which means that it can travel for a total distance of 15 miles on hybrid power alone.

Ferrari also decided to downsize their V8 engine to a V6 hybrid as emission regulations are increasing over time.

Speaking of the electric powertrain, it is a 70 kg battery pack with 7.45 kWh of capacity. It lies behind the parcel shelf and puts out 165 horsepower. However, this hybrid system is not as powerful as the 217 horsepower one in the SF90.

With the 296, Ferrari takes a departure from its tried and tested design language that started with the F430 back in the early 2000s.

This supercar is based on a new platform, which is 50mm shorter than the V8-equipped F8 Tributo. The body is undoubtedly one of Ferrari’s best designs in the modern era, and it’s gorgeous from every angle.

Up front, there is a wrap-around windshield that has great visibility. The body has been designed with aerodynamics in mind, there are air intakes placed throughout the body. There are two intakes built into the headlight cluster as well.

Overall, the design is a perfect mix of form and function.

With the Ferrari 296 GTB, the Italian manufacturer is taking its supercar lineup into the future. Who knows, one day you might even spot one of these beauties on the roads of Ghana too. For all you know there’s a Ferrari 296 GTB sitting in someone’s garage somewhere in Accra.

Keep reading our blogs to find out about more exciting supercars coming out in the future! 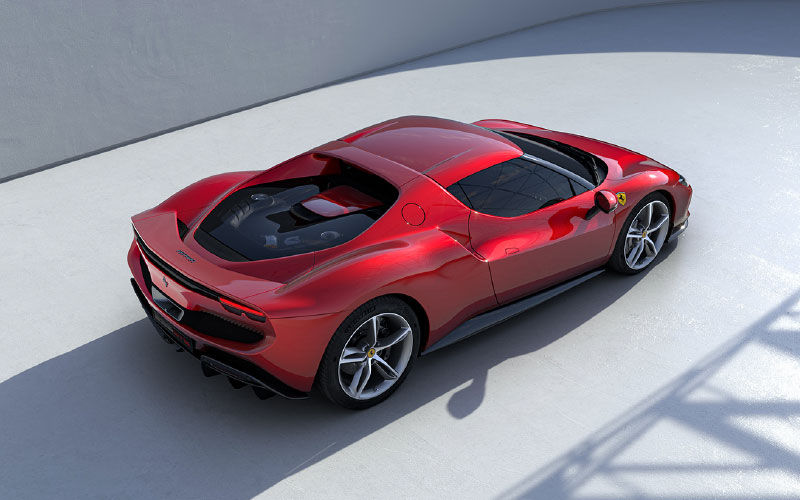 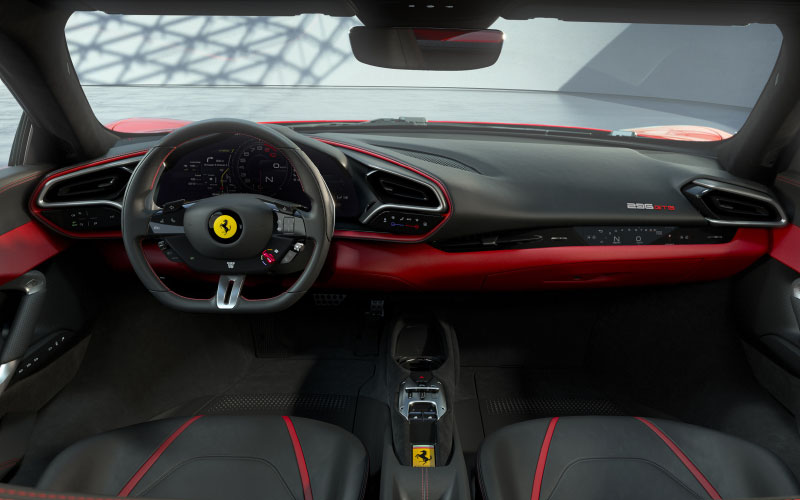