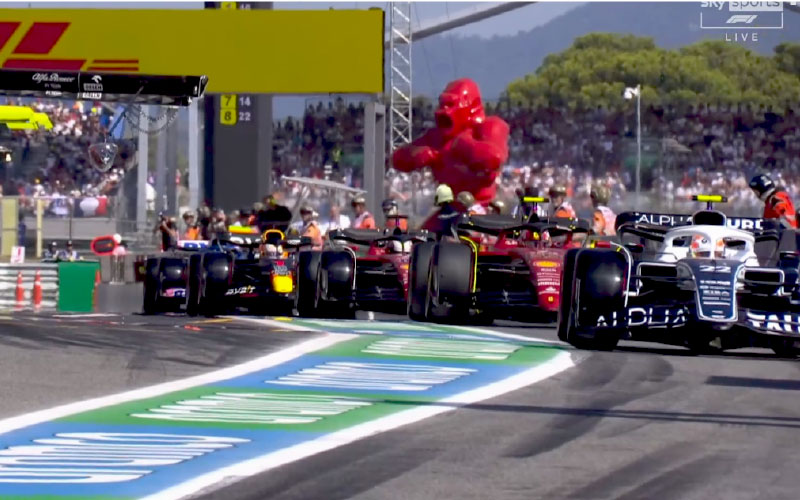 With the French Grand Prix just one day away, people want to know who topped free practice 3? And most importantly, who is on pole? We have been watching, and we are going to give you the scoop. Ready? Let’s go!

He leads home the 2 Ferraris, with Carlos Sainz having the bragging rights over his teammate. However, we can confirm that the Spaniard has taken a new power unit after his catastrophic failure in the last race this weekend.

As a result, he will be one of two drivers starting the race from the back of the grid this weekend, with Haas driver Kevin Magnussen being the other.

His teammate, Charles Leclerc spun his car 360 degrees at the Circuit Paul Ricard. A nasty tailwind had unstabilized his F1-75, causing him to lose control. However, both car and driver escaped unscathed, apart from some bald spots on the Pirelli tires.

On a separate note, Williams seems to have got their mojo back with a new upgrade package. Alex Albon and Nicholas Latifi impressed the paddock by coming in P8 and P12.

As the chequered flag fell at the qualifying session for the 2022 French Grand Prix, Ferrari’s Charles Leclerc claimed pole position. He managed to keep the two RB-18s of Max Verstappen and Sergio Perez at bay, with the Dutchman coming in second.

This is Leclerc’s 7th pole position in 12 races, an incredible feat from the 24-year-old. On top of that, this was a significant pole position for his team too, as it was Ferraris’ first pole position on this track in 32 years.

Ferrari topped all three sessions of qualifying. Leclerc topped Q3 and Q1, while his teammate Sainz excelled in Q2. The “Smooth Operator” did not forget to give his younger teammate a tow to help him get the pole. Ultimately, Carlos settled for P9, but he will start from the back regardless due to his engine penalty.

P4 went to Lewis Hamilton, followed by the McLaren of Lando Norris and his teammate George Russell. Further back, 2-time World Champion Fernando Alonso put his Alpine in P8, rejoicing the French fans. Tsunoda and Magnussen were the other two drivers who made it to Q3.

Daniel Ricciardo was one of two drivers to get a lap time deleted for exceeding track limits. However, he still managed to get his McLaren to P11. Mick Schumacher wasn’t so lucky, as his deleted lap time put him down at P19.

With the two title contenders on the front row, we F1 fans are sure to get an intense showdown at the Circuit Paul Ricard tomorrow.

Be sure to stick with us for the latest Formula 1 content. 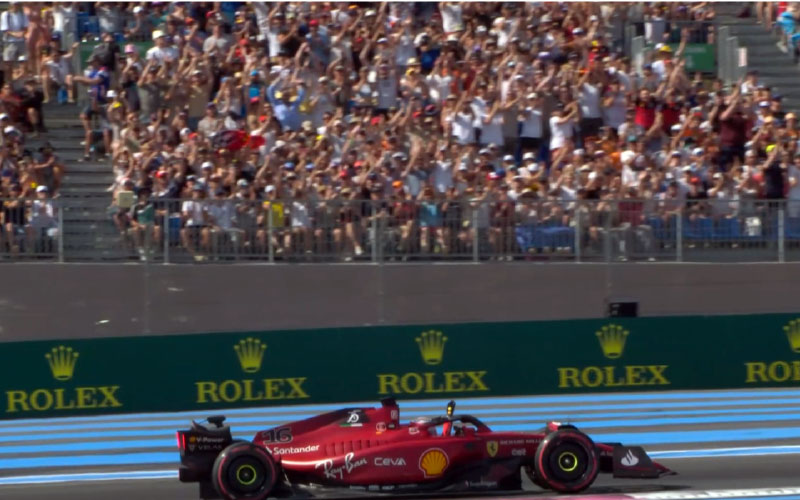 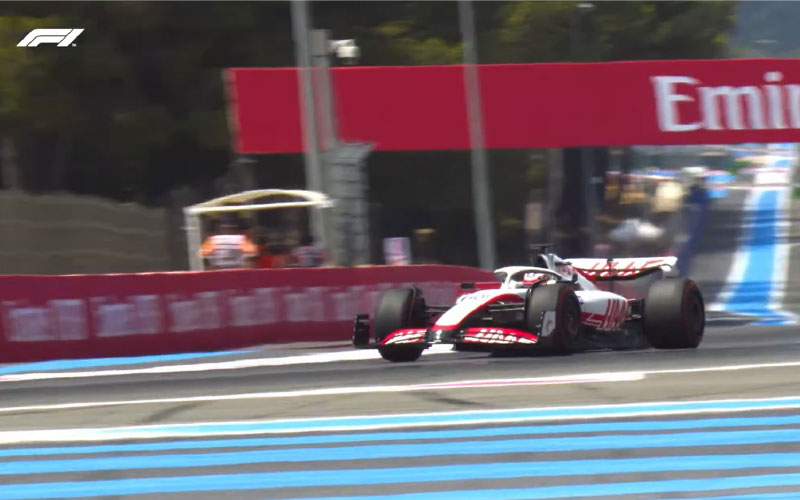