WHAT LICENSE PLATES TELL YOU 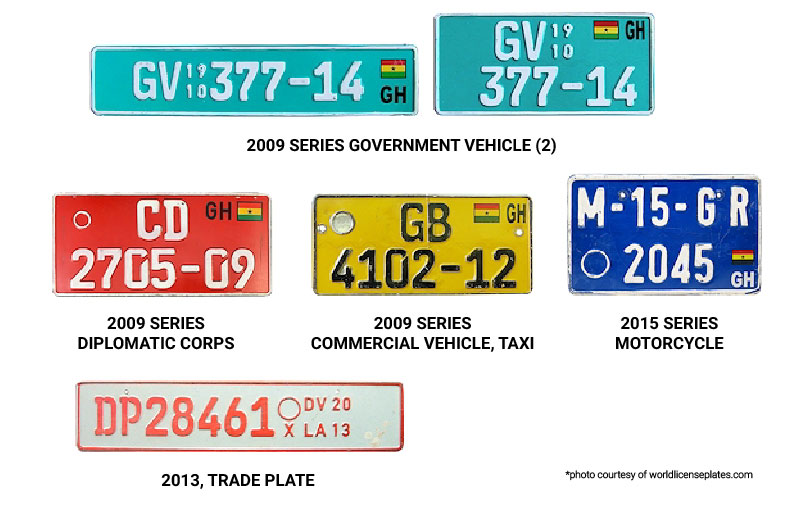 A license plate holds relevant information about the vehicles they are on. All the numbers and alphabets on the license plate have their particular representations. Let’s look closer to understand what they mean and how we can read them.

HOW TO READ THE GHANAIAN LICENSE PLATE CODE

The current number plate format has been used since 2009. It is required by the law that; license plates are always displayed on vehicles when they are driven on public roads or property.

A typical Ghanaian license plate includes a four-digit numeric code, a two-digit year code, and a two-letter region code. Let’s show you how it goes:

REGION CODE (two letters at the beginning of the car number)

You can find two letters preceding the numeric figures indicating the region in Ghana where the vehicle obtained registration.

These are the regional code includes:

THE FOUR DIGIT NUMERIC CODE (after the regional code)

These four-digit numerical codes are assigned to every vehicle. They aim to distinguish other vehicles registered in the same area and year. The number range given per vehicle is from 1 to 9999.

Look at this example:

If I am the first person to buy a car in Ghana in a particular year, then the supposed four-digit code at my car number will bear the ‘1’ digit.

If I am the 2050th person to buy a vehicle, the number will be ‘2050’. Coupled with my location in the Volta region, my license plate will look something like this:

After the four-digit numeric code is the year code, this is a two-digit number at the end of the sequence. The year of registration for a vehicle is shown here by the last two digits of the year. Thus, 2012 would be marked as 12, 2020 would be 20, and 2009 would be 09. When we combine the regional code with the four-digit numeric code and the two-digit code, we get a car’s license plate number duly registered in Ghana.

There are some exceptions regarding the number plate format of vehicles in Ghana. Some of them are the codes DV and DP. 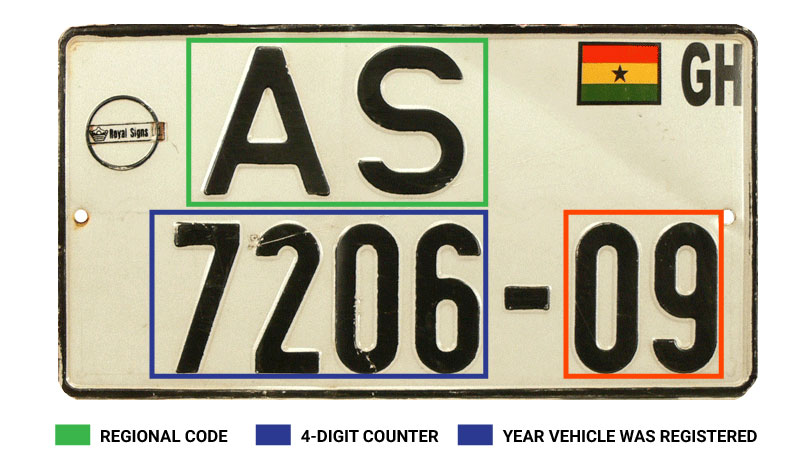 WHAT DV AND DP MEAN

DP stands for Drive from the port. This phrase means a temporary plate that assists the user for a defined duration and a specific activity. It also comes with a log book, which should include entries about the vehicle’s movement and the driver’s personal information. A DP plate is only valid for ten days.

Choosing to Import cars into Ghana can become very costly, especially when you bring expensive supercars. Tax rates vary based on the vehicle’s age, engine displacement, and fuel type.

In addition to this, supercars fall under luxury cars, which affects the clearing fees and tax levels. Vehicles older than ten years old are subject to additional taxes and duties.

There is so much more that goes into registering a vehicle and getting a license plate in Ghana. This article is just a summary of how it works. Check how much it will cost to import your supercar into Ghana now.

If you wish to learn more about License plates in Ghana, please follow our guide and check our blog regularly so you will be the first to know when we publish new updates!