Bordered by the North Sea, the Zandvoort circuit was home to another epic Dutch Grand Prix. With over 100,000 orange-clad Dutch nationals in attendance will Max Verstappen be able to win his home race for the second year in a row? Join us if you want to find out! 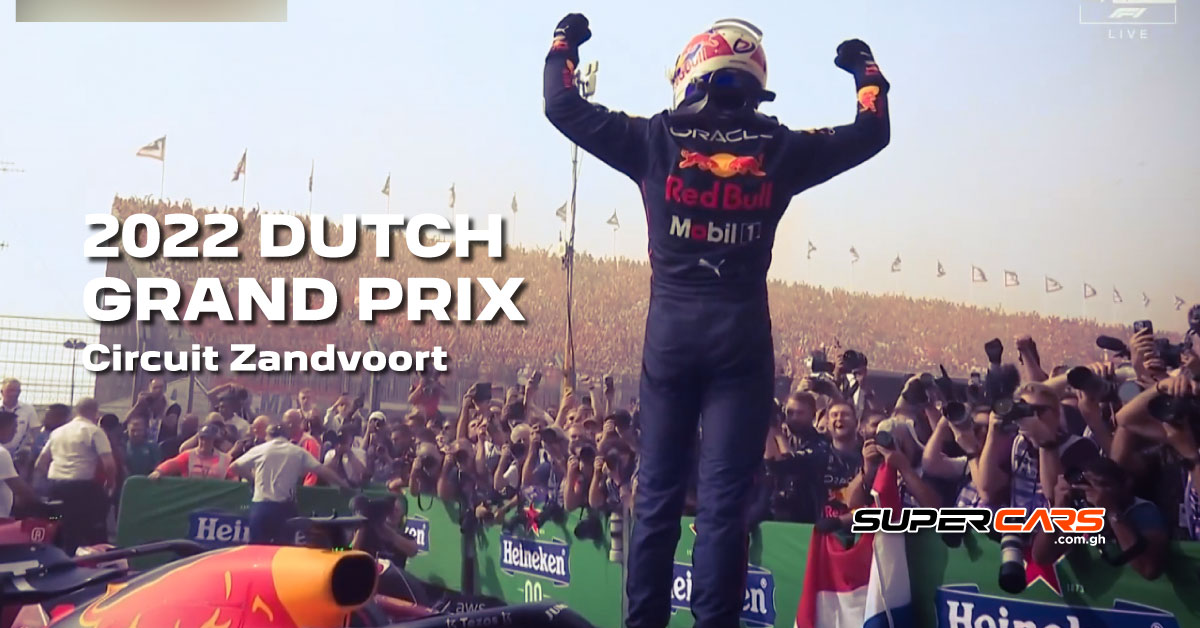 Verstappen got off to a brilliant start, followed closely by Leclerc at P2. Kevin Magnussen was lucky, as he got back onto the track after running wide and hitting the barrier. 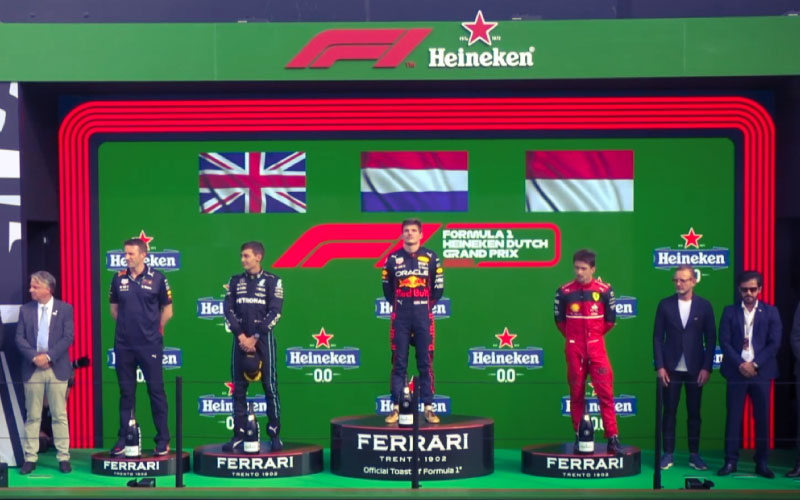 Controversy On The Pitlane 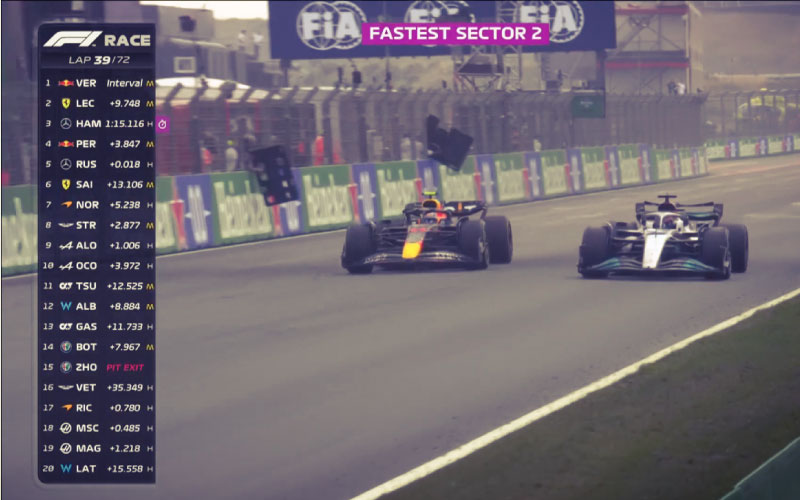 Someone who didn’t enjoy the Dutch Grand Prix was Carlos Sainz. Although he started the race in P3, a series of mishaps saw him finish the race down at eighth position. The biggest blunder was a 12.7-second pit stop, which was a result of the team not being ready with the tires.

An unsafe release during a later pitstop under the virtual safety car landed him a 5-second time penalty. The Spaniard would surely want to forget this race ever happened.

Hamilton In The Front

With the Dutch Grand Prix evolving into more of a strategic race, Mercedes was quick to pounce on the opportunity. At some moments during the race, Hamilton and Russell were even running 1-2 for the first time this season.

Verstappen found himself behind on degrading tires and all seemed well for the time being until Yuki Tsunoda stopped at the side of the track. 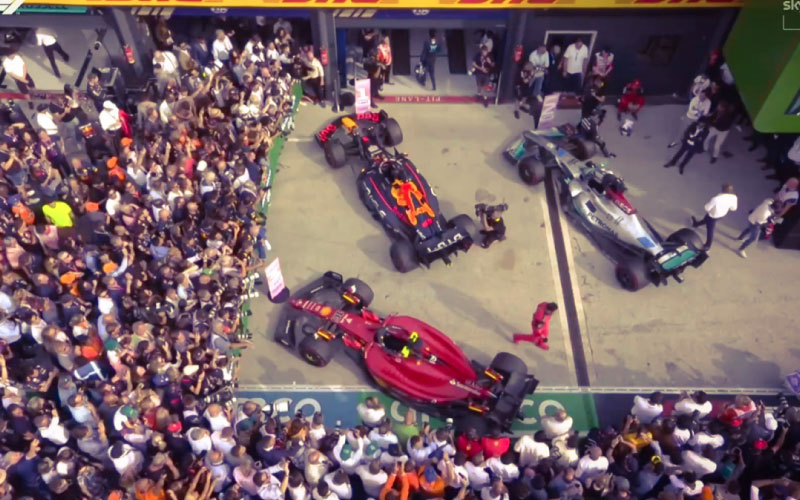 To say that Tsunoda had an interesting evening would be an understatement. The Japanese driver first had to stop on the side of the track, stating over the radio that one of the tires wasn’t correctly attached. Then, he pulled into the pits, where the mechanics seemingly worked on his seat belts. But, it was to no avail, as he later retired that same lap.

Tsunoda’s retirement caused a virtual safety car, which swung the race back into Red Bull’s favor. All hope seemed lost for Mercedes until another safety car was brought out onto the track.

As Lewis Hamilton led the race, his former teammate Valtteri Bottas came to a halt at the main straight which brought out the safety car and in the ensuing pit stops, both Verstappen and Russell decided to switch to Soft tires. However, Mercedes kept Lewis Hamilton out on used tires to maintain track position.

At the safety car restart, Verstappen easily jumped Hamilton on the pit straight, much to the ire of the British driver. Later, he was passed both by his teammate and Leclerc, dropping him out of the podium places. Russell gave a valiant chase, but it was the Dutchman who tasted victory at home.

Verstappen looks unstoppable on his way to his second consecutive world title. Join us next week to find out whether Ferrari has an answer to this at their home race, the Italian Grand Prix. Until then, check out more F1 articles on our website and social media pages!

What the charts look like after everything was said and done. 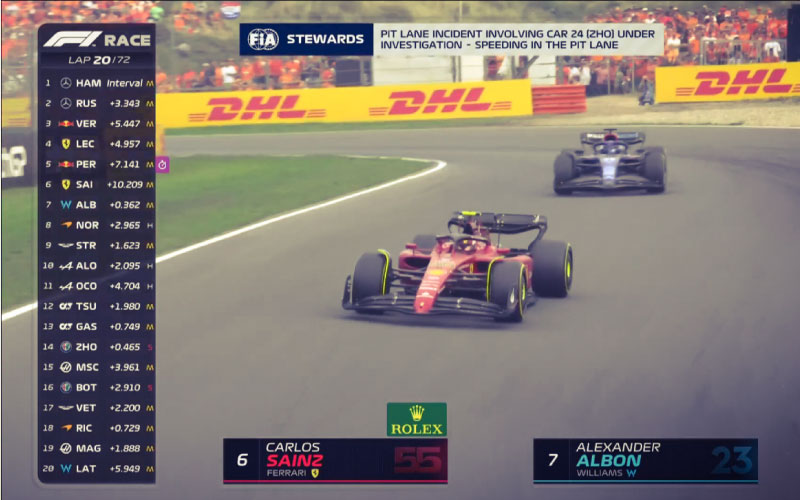